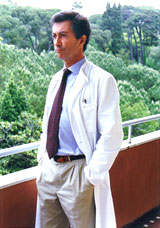 Giorgio Tommasini holds a medical degree "magna cum laude" from Milano University, and had an illustrious career as a clinical cardiologist, researcher, and head of the Cardiovascular Division of a 400-bed Hospital. His pioneering research, mainly oriented on applications of computers in cardiology, and witnessed by more than 150 scientific papers, patents and presentations at internationational Meetings, led to new methods for quantification and treatment of myocardial infarction, new techniques for detection of silent ischemia and automatic quantification of coronary narrowings by intelligent image processing, and the invention of a revolutionary, 3D approach to coronary angiography. More recently, his research was devoted to the development of new strategies for relieving pain and anxiety in the setting of acute and chronic diseases.

As a musician, he played guitar and bass in various groups of the fabulous Sixties. He became interested in samplers as accompaniment for his music in the mid 1980's. Very unsatisfied by the lack of expressiveness of all available sample-based instruments, he began to think of methods capable to overcome this limitation. The "Harmonic alignment technique", and the "Determination of modal resonances and the impulse response of an instrument by analysis of pitched sounds" (in collaboration with Stefano Lucato), were the first results of this new research in an entirely different field. For the first time it was possible to crossfade from pp to ff , and from senza vibrato to vibrato, with continuity and no phase artifacts. These techniques were applied to "The Stradivari Violin", and "The Gofriller Cello", created in collaboration with Stefano Lucato and Gary Garritan. 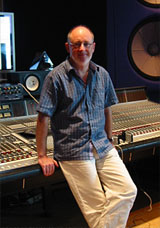 Peter Siedlaczek graduated with honors as a tonmeister from the Chopin Academy of Music in Warsaw, where he stayed on to teach studio technology, taking part in numerous research projects in acoustics and psycho-acoustics. Prior to that - still as a teenager - he followed two courses of study: while earning a diploma in electronics at the technical high school, he also completed his diploma at the music high school as a promising pianist, who even as a student enjoyed numerous successes.

After moving to Germany, he has contributed as a well-respected sound engineer to many German chart hits. As a producer, he reached the Top Ten of the American Billboard club play charts, as a sound designer he set new standards in classical orchestral sampling. He created sound libraries such as Advanced Orchestra, Classical Choir, Total Piano, Smart Violins and Orchestral Colours appreciated around the globe.

With a sure feeling for pop music and jazz, and his undisputed talent for and experience with classical music, Siedlaczek has specialized in complex orchestral productions, which he undertakes for film production companies, advertising agencies and record companies.

We are deeply indebted to our many friends generously helping us in several fields of our activity.
In addition to our wonderful beta testers, demo makers, and professional musicians helping us to improve our instruments, and to increase our knowledge of technical aspects and playing techniques concerning specific instruments, special thanks are due to: